Immigration purgatory is an experience. It's got a lot of waiting and there is a lot of uncertainty that can make it feel stressful. Like I said before, I'm not concerned; however I have a lot of free time on my hands and I've been using it to make some plans for the blog (and a new offering for companies that need help dealing with the new Docker Hub rate limits) in the future. I'm gonna outline them below in their own sections. This blogpost was originally about 4 separate blogposts that I started and abandoned because I had trouble focusing on finishing them. Stress sucks lol.

I recently deployed mi v1.0.0 to my home cluster. mi is a service that handles a lot of personal API tasks including the automatic post notifications to Twitter and Mastodon. The old implementation was in Go and stored its data in RethinkDB. I also have a snazzy frontend in Elm for mi. This new version is rewritten from scratch to use Rust, Rocket and SQLite. It is also fully nixified and is deployed to my home cluster via a NixOS module.

One of the major new features I have in this rewrite is WebMention support. WebMentions allow compatible websites to "mention" my articles or other pages on my main domains by sending a specially formatted HTTP request to mi. I am still in the early stages of integrating mi into my site code, but eventually I hope to have a list of places that articles are mentioned in each post. The WebMention endpoint for my site is https://mi.within.website/api/webmention/accept. I have added WebMention metadata into the HTML source of the blog pages as well as in the Link header as the W3 spec demands.

If you encounter any issues with this feature, please let me know so I can get it fixed as soon as possible.

Thoughts on Elm as Used in mi

Elm is an interesting language for making single page applications. The old version of mi was the first time I had really ever used Elm for anything serious and after some research I settled on using elm-spa as a framework to smooth over some of the weirder parts of the language. elm-spa worked great at first. All of the pages were separated out into their own components and the routing setup was really intuitive (if a bit weird because of the magic involved). It's worked great for a few years and has been very low maintenance.

However when I was starting to implement the backend of mi in Rust, I tried to nixify the elm-spa frontend I made. This was a disaster. The magic that elm-spa relied on fell apart and at the time I attempted to do this it was very difficult to do this.

As a result I ended up rewriting the frontend in very very boring Elm using information from the Elm Guide and a lot of blogposts and help from the Elm slack. Overall this was a successful experiment and I can easily see this new frontend (which I have named sina as a compound toki pona pun) becoming a powerful tool for investigating and managing the data in mi.

<Mara> Special thanks to malinoff, wolfadex, chadtech and mfeineis on the Elm slack for helping with the weird issues involved in getting a split model approach working.

Feel free to check out the code here. I may try to make an Elm frontend to my site for people that use the Progressive Web App support.

elm2nix is a very nice tool that lets you generate Nix definitions from Elm packages, however the template it uses is a bit out of date. To fix it you need to do the following:

Then open default.nix in your favorite text editor and change this:

These issues should be fixed in the next release of elm2nix.

New Character in the Blog Cutouts

As I mentioned in the past, I am looking into developing out other characters for my blog. I am still in the early stages of designing this, but I think the next character in my blog is going to be an anthro snow leopard named Alicia. I want Alicia to be a beginner that is very new to computer programming and other topics, which would then make Mara into more of a teacher type. I may also introduce my own OC Cadey (the orca looking thing you can see here or in the favicon of my site) into the mix to reply to these questions in something more close to the Socratic method.

Some people have joked that the introduction of Mara turned my blog into a shark visual novel that teaches you things. This sounds hilarious to me, and I am looking into what it would take to make an actual visual novel on a page on my blog using Rust and WebAssembly. I am in very early planning stages for this, so don't expect this to come out any time soon.

My Gergoplex kit finally came in yesterday, and I got to work soldering it up with some switches and applying the keycaps. 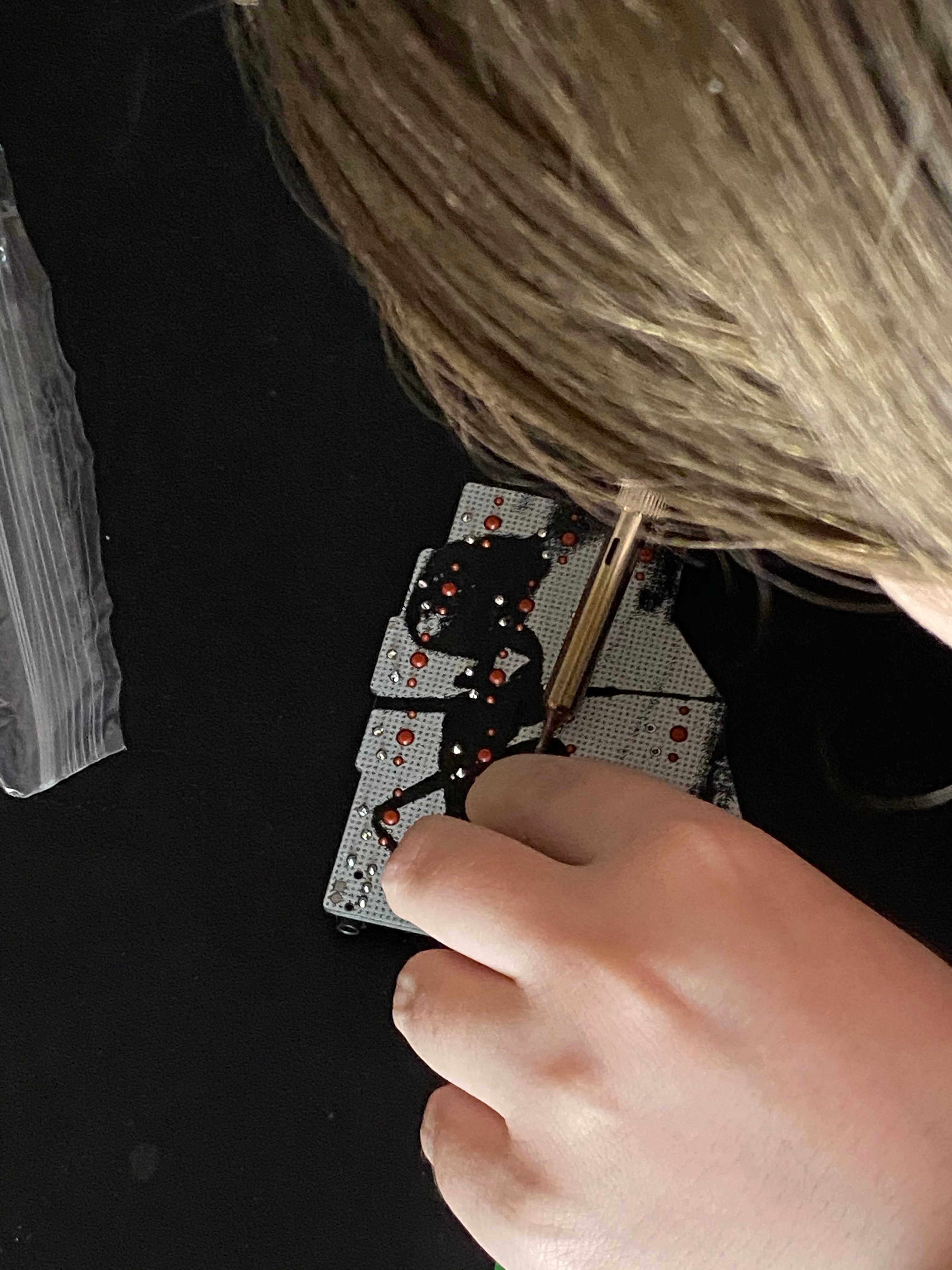 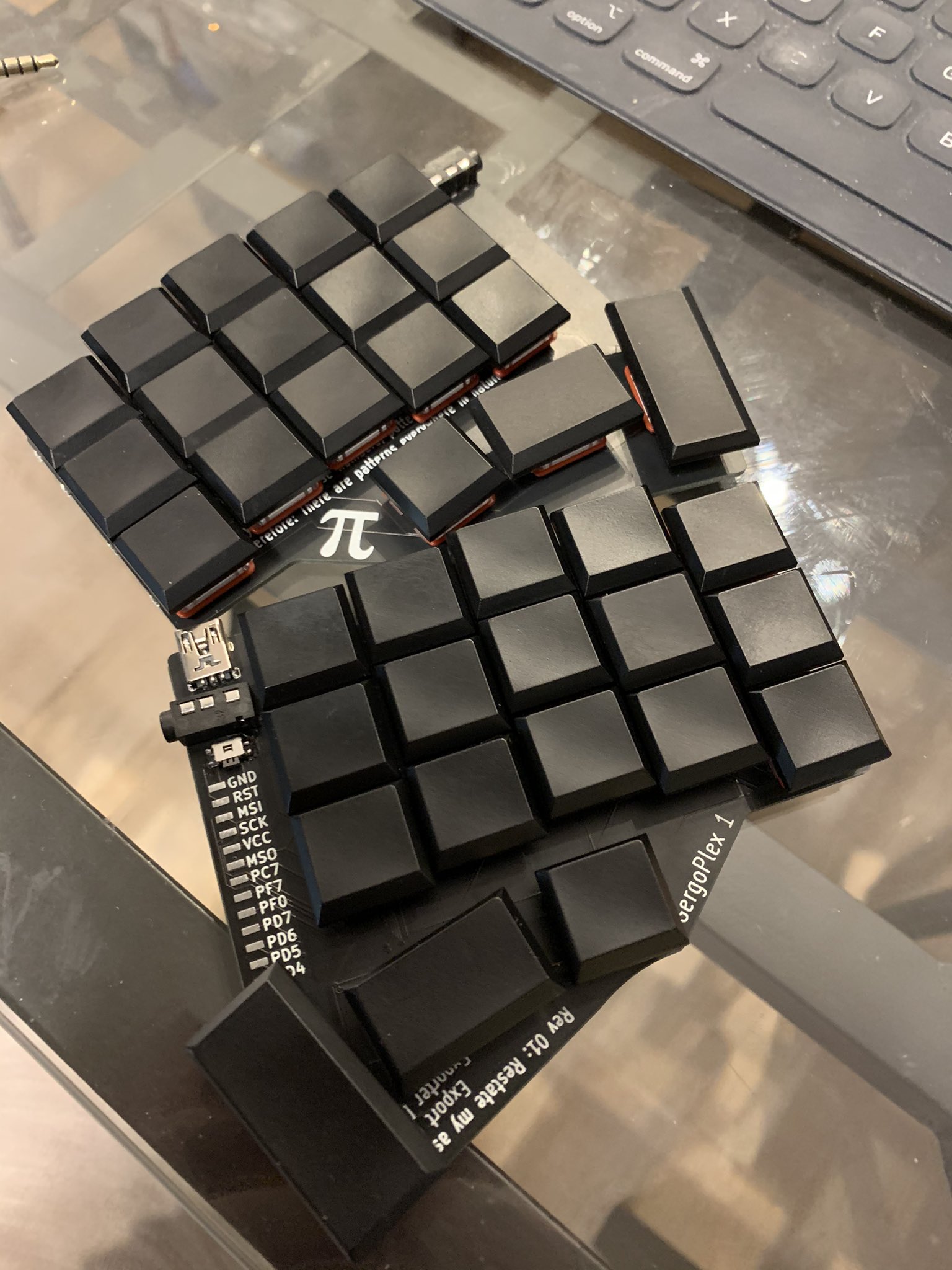 I picked the Pro Red linear switches with a 35 gram spring in them (read: they need 35 grams of force to actuate, which is lighter than most switches) and typing on it is buttery smooth. The keycaps are a boring black, but they look nice on it.

Overall this kit (with the partial board, switches and keycaps) cost me about US$124 (not including shipping) with the costs looking something like this:

I'd say this was a worthwhile experience. I haven't really soldered anything since I was in high school and it was fun to pick up the iron again and make something useful. If you are looking for a beginner soldering project, I can't recommend the Gergoplex enough.

I also picked up some extra switches and keycaps (prices not listed here) for a future project involving an eInk display. More on that when it is time.

The new Docker Hub rate limits have thrown a wrench into many CI/CD setups as well as uncertainty in how CI services will handle this. Many build pipelines implictly trust the Docker Hub to be up and that it will serve the appropriate image so that your build can work. Many organizations use their own Docker registry (GHCR, AWS/Google Cloud image registries, Artifactory, etc.), however most image build definitions I've seen start out with something like this:

which will implicitly pull from the Docker Hub. This can lead to bad things.

If you would like to have a call with me for examining your process for building Docker images in CI and get a list of actionable suggestions for how to work around this, contact me so that we can discuss pricing and scheduling.

I have been using Docker for my entire professional career (way back since Docker required you to recompile your kernel to enable cgroup support in public beta) and I can also discuss methods to make your Docker images as small as they can possibly get. My record smallest Docker image is 5 MB.

If either of these prospects interest you, please contact me so we can work something out.

Here's hoping that the immigration purgatory ends soon. I'm lucky enough to have enough cash built up that I can weather this jobless month. I've been using this time to work on personal projects (like mi and wasmcloud) and better myself. I've also done a little writing that I plan to release in the future after I clean it up.

In retrospect I probably should have done NaNoWriMo seeing that I basically will have the entire month of November jobless. I've had an idea for a while about someone that goes down the rabbit hole of mysticism and magick, but I may end up incorporating that into the visual novel project I mentioned in the Elm section.

Be well and stay safe out there. Wear a mask, stay at home.

This article was posted on M11 18 2020. Facts and circumstances may have changed since publication Please contact me before jumping to conclusions if something seems wrong or unclear.