Getting Stable Diffusion Running on NixOS

Computers are awesome gestalts of sand and oil that can let us do anything we want given we can supply the correct incantations. One of these things you can do with computers is give plain text descriptions of what an image should contain and then get back an approximation of that image. There are tools like DALL-E 2 that can let you do this on someone else's computer with the power of the cloud, but until recently there hasn't been a good option for being able to run one of these on your own hardware.

<Mara> For the not-computer-people in the room, being able to do this is kind of incredible and is the kind of technology you only saw described in science fiction movies. And maybe that one Neal Stephenson book that people keep trying to replicate without understanding the point of the Torture Nexus.

Stable Diffusion is a machine learning model that lets you enter in plain text descriptions of what you want an image to contain and then get an image back. You can try it out at their official website here (log in with your Google account). However, that's running it on someone else's computer. The real magic comes from the fact that Stable Diffusion can run on very high-end consumer hardware. A fork of Stable Diffusion's code even lets this run on mid-tier and even low-end graphics cards like the NVIDIA RTX 2060. Today I'm going to show you how I got Stable Diffusion running in my homelab on NixOS.

<Cadey> If you are using Ubuntu, this is not going to be as difficult as this post will make you think. Most of the "difficulty" involved comes from ML toolkits being the exact opposite of what NixOS expects.

With all that out of the way, here's how I got everything working.

After locating the our spare GPU (an NVIDIA RTX 2060) in storage (thanks Scoots for helping me dig through the closet of doom), I needed to put it into one of my homelab nodes. In the past I've gotten this 2060 to run on logos, so I plunked it back in there, sealed the machine up and turned it on. We were going to monitor the boot with the crash cart monitor, but the cheap-ass case I used to build logos didn't really allow the GPU's HDMI port to get a good contact with the HDMI cable.

Turns out the machine booted normal and we didn't have to care too much, but that was annoying at first.

The NVIDIA drivers are proprietary software, but NixOS does provide build instructions for them. In order to enable the drivers for logos, I stuck the following settings into its configuration.nix:

After making these changes, I committed the configuration to my nixos-configs git repo and then deployed it out. Everything was fine and the nvidia-smi command showed up on logos, but it didn't do anything. This is what I expected.

Then I told the machine to reboot. It came back up and I counted my blessings because nvidia-smi detected the GPU!

The part I was dreading about this process is the "installing all of the goddamn dependencies" step. Most of this AI/ML stuff is done in Python. Among more experienced Linux users, programs written in Python have a reputation of being "the worst thing ever to try to package" and "hopefully reliable but don't sneeze at the setup once it works". I've had my share of spending approximately way too long trying to bash things into shape with no success. I was kind of afraid that this would be more of the same.

Turns out all the AI/ML people have started using this weird thing called conda which gives you a more reproducible environment for AI/ML crap. It does mean that I'll have to have conda install all of the dependencies and can't reuse the NixOS copies of things like Cuda, but I'd rather deal with that than have to reinvent the state of the world for this likely barely hacked together AI/ML thing.

Here is what I needed to do in order to get things installed on NixOS:

First I cloned the optimized version of Stable Diffusion for GPUs with low amounts of vram and then I ran these commands:

And then I could download the model and put it in the folder that the AI wanted.

Then I was able to make art by running the optimizedSD/optimized_txt2img.py tool. I personally prefer using these flags:

Here are some images I've generated: 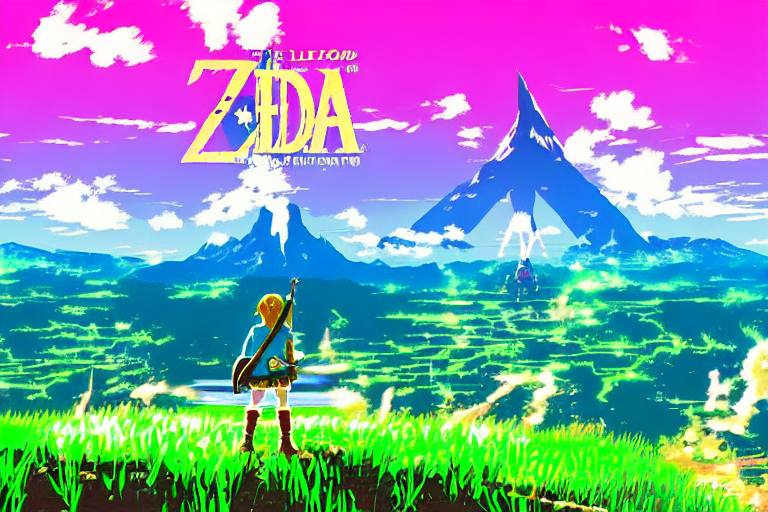 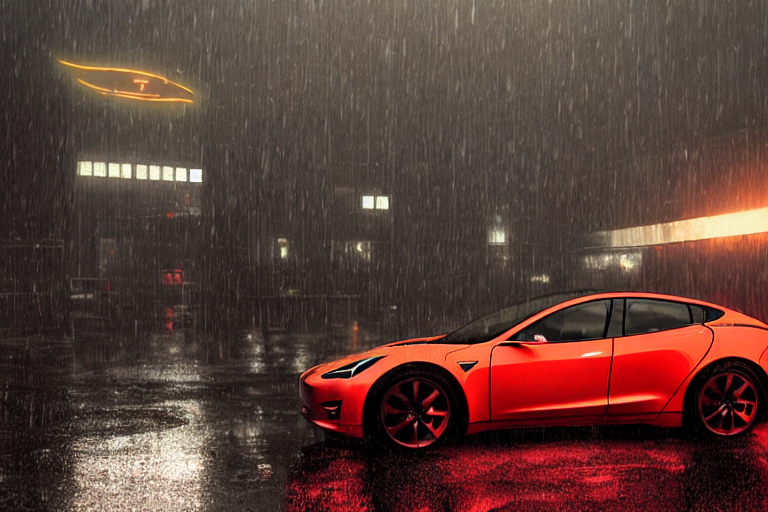 Cyberpunk style image of a Telsa car reflection in rain

An impressionist painting of Richard Stallman at Starbucks 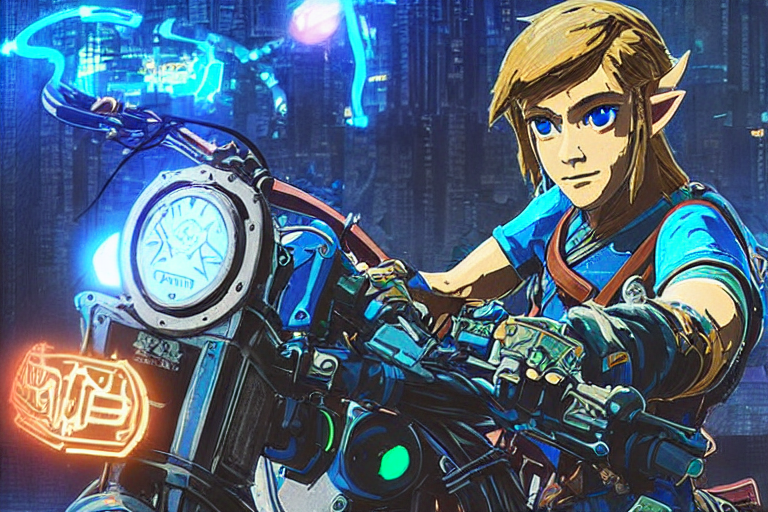 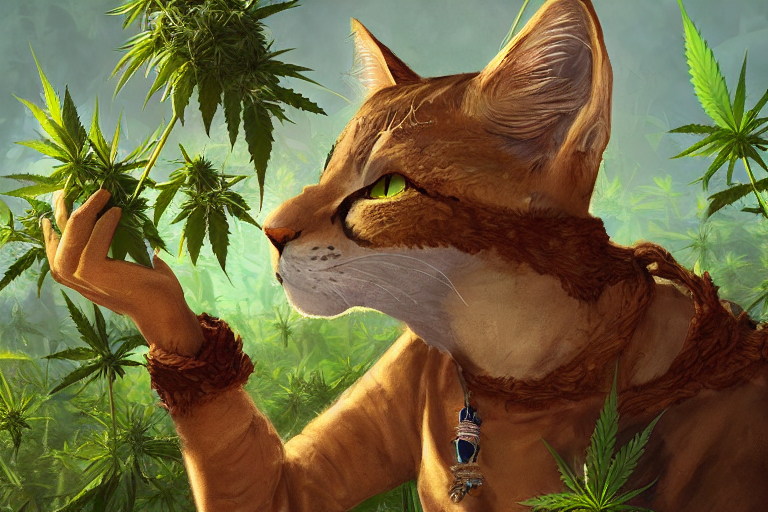 <Mara> This is just the tip of the iceberg, there are many more examples in this twitter thread.

I'm still flabbergasted that this can be done so easily on consumer hardware. I was also equally flabbergasted that all of this is done without too much effort put into prompt engineering. This is incredible. I've been using AI generated images for my talk slides and blogposts and spending money on MidJourney and DALL-E to do it, but Stable Diffusion may just be good enough to not have to break out MidJourney or DALL-E unless I need something that they do better. MidJourney is so much better at landscapes. DALL-E is very good at inferring more of the exact thing I intended.

However for just messing around and looking for things that match the aesthetic I'm going for, this is beyond good enough. I'm likely going to be using this to generate the "hero images" for my posts in the future.

If you manage to get this working on NixOS, let me know if there's an easier way to do this. If you can figure out how to package this into NixOS proper then you win all the internet points I have to offer. I may hook this up into a better version of RoboCadey, but I'll probably need to make the airflow in logos a lot better before I do that and unleash it upon the world.

This is super exciting and I can't wait to really unlock the power of this thing.

This article was posted on M08 23 2022. Facts and circumstances may have changed since publication Please contact me before jumping to conclusions if something seems wrong or unclear.