Was Social Media a Mistake?

This entire post is a big pile of opinions. Please feel free to skip this one if you don't want to hear it. It says so in the footer of each page, but I want to emphasize that these opinions are my own and not that of my employers (past, current or future). This is my subjective opinion. I cannot be unbiased about this topic (though I also doubt that anyone who has experienced it can be), so instead of trying to pretend to be unbiased in this article I'm just going to let the words out.

I also don't really have any solution to propose in this article. This is a problem that is way bigger than a single shitposter like me can really handle on their own. I am one person among an unfathomably large crowd. If this makes you think, then I have done my job.

Buckle up, I'm doing a philosophy.

Traditionally, getting your message in front of thousands or millions of people required you to be a public figure working for a media company. The idea of a self-service tool for individuals to get a message out to anyone who cared to read it was expensive, and usually limited to small areas due to the expense of mailing things. In the late 1960's, ARPANET was created by the US Department of Defense as a project to enable remote access to computers over the existing phone network. Some of the first services that were created are constants even today: remote login, file transfer and email. After a decade of experimentation, the National Science Foundation funded the installation of supercomputers at a few universities and provided connectivity between them. Ordinary people wanted to hook into these supercomputers and the internet as we know it today blossomed forth.

With this new network it was easier than ever to get your message out to the world, all you needed to do was install expensive hardware, an expensive type of phone line and potentially custom software to serve your message over a protocol such as Gopher. Or, you could just lease space from someone else who had set all this up. During this time everything was a bit experimental. Everything was quirky. Personality and flair oozed from the edges of every handcrafted page you set your eyes on. Of course, making those pages was an art in its own right.

These bursts of creativity gave people ideas, and as time progressed, companies formed around the idea of making it easier to let people get their message out to the internet via their servers. Geocites, Livejournal, Blogger, Wordpress, Tumblr, Twitter, Facebook, Orkut and others formed to help people communicate. Facebook became larger than most countries. Twitter became the communications media of choice for global superpowers. Wordpress became one of the biggest attack vectors on the internet. Geocites lived, died and was reborn. The survivors were branded "social media". Social media forms the backbone of a lot of our modern culture. You probably got the link to this article from some form of social media.

"Glum, Marc, glum" The clap on the shoulder made him start, look up. It was that brute Henry Foster. "What you need is a gramme of soma. All the advantages of Christianity and alcohol; none of their defects".

So, now that we have everyone communicating so openly, freely and to mass audiences, what are the societal consequences? A country divided. Left and right, red and blue, messages of love twisted into messages of hate, divisions across cultural and ideological boundaries. Has it all really been worth it? Is the ability to communicate so quickly so far really a net benefit for us all?

Has it really been worth destroying families in its wake?

What about those with chronic anxiety disorders or other similar things?

There's a good word for what happens as a result of this: doomscrolling.

To put it lightly, 2020 has not been a year with much in the "good news" department. A global pandemic separated people. Conventions were cancelled. Travel became all but impossible. We had the ability and foresight to see it coming but we still fucked it up.

come on brain make the happy chemical you lump of fuck

Fear is the path to the dark side.
Fear leads to anger.
Anger leads to hate.
Hate leads to suffering.
I sense much fear in you.

One of the biggest hits that social media has done to our world is that it's made truth become a relative thing instead of an objective thing. Take the recent 2020 election for example. There are people who believe that Donald Trump objectively won the election, despite all of the other correlating evidence that leads others to conclude the exact opposite. This seems confusing at first. To become the president you need to win the election. To win the election you need more electoral votes. Joe Biden got more electoral votes, therefore Biden won the election, therefore Joe Biden is the new president of the US.

Each individual must know them self to be free of all forms of external reliance. This is not to imply that one should not trust others or band together in alliances of friendship and community. It is simply a warning that relative truth is constantly shifting in the hands of those who desire to control, and even though their motives may be of good will, it is still a form of control.

Are we really all that different? We're all human. We are all limited. What real benefit do we reap by this separation? What do we gain by letting us get so divided that we can't realistically see the chasm being bridged?

Can this chasm be bridged?

What of the ruined lives in the wake?

Without social media though, my best friends would be unknown to me (if they even ended up existing). My fiance would be a stranger to me. This blog likely wouldn't exist in its current form. I would have never questioned my gender. I would have never done all of the things that have lead me to be the person I am today. I would not have the job I have today. I would not have the career I have today (early in my career, networking over slack and IRC while delivering pizzas is literally how I got my break into the industry). Social media is how I keep in touch with my family. To put it simply, social media's proliferation is a good part of how I managed to become the self-realized nonbinary person I am. Without it existing I would be a vastly different person.

It makes me wonder how others are affected like I have been. How many would come out as transgender without knowing the concept exists? How many would feel safe to speak out against taboos without spaces to explore what taboos even are?

According to this post by Boston University's College of Communication human communication has had three major phases of development:

We are just on the cusp of the last phase beginning, from a grander history scale that is. The age of literacy and print media lasted for at least thousands of years. Social media and the interet has existed for 50 years by the most liberal estimates. Maybe this is one of those cases where large changes in these models cause outright societal chaos because it exposes the biases that we've already had for so long. Are things chaotic because of the change or is the change making things chaotic? 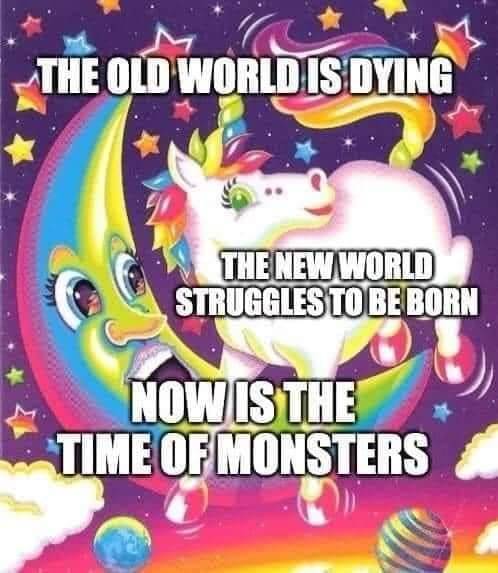 Just because we can get Uncle Bob's hot takes on the geopolitical state of affairs between the US and Canada, does that mean we should? How do we know what's more accurate: memes shared in parenting groups or news articles behind paywalls? Why is it easier to get junk food than it is to get healthy things?

This post on /r/starslatecodex comes to mind. Its main thesis (that it does an admittedly poor job defending) is that most of what you read on the internet is written by a tiny fraction of people that don't represent the rest very well. If you've run communities in the past I'm sure you are familiar with the power laws at play:

Those top 10% of contributors are either somewhat sensible people (in rare cases) or more than likely not representative of rest that just passively lurk. We can see these patterns arise in other places too. Most people that read books consume them without contributing to discussions about them. Even fewer people are authors. Fewer are prolific authors. Politics (via voting rates), recipe groups, even multi-level marketing scams fall into these power rules.

Is this power rule something that is just natural for humans?

Was social media a mistake or could it actually end up being a net benefit like the printing press turned out to be? What societal changes will we need to make as a result of everyone being able to contact everyone else with the touch of a button?

This discovery of yours will create forgetfulness in the learners’ souls, because they will not use their memories; they will trust to the external written characters and not remember of themselves.

The specific which you have discovered is an aid not to memory, but to reminiscence, and you give your disciples not truth, but only the semblance of truth; they will be hearers of many things and will have learned nothing; they will appear to be omniscient and will generally know nothing; they will be tiresome company, having the show of wisdom without the reality.

Is social media the new printing press? If so, what impact will it end up having on us all?

However, I think that if our society survives long enough to see it, social media will end up becoming central to our lives in ways that we can't even imagine.

This article was posted on M01 26 2021. Facts and circumstances may have changed since publication Please contact me before jumping to conclusions if something seems wrong or unclear.