robocadey: Shitposting as a Service

What is art? Art is when you challenge the assumptions that people make about a medium and use that conflict to help them change what they think about that medium. Let's take "Comedian" by Maurizio Cattelan for example: 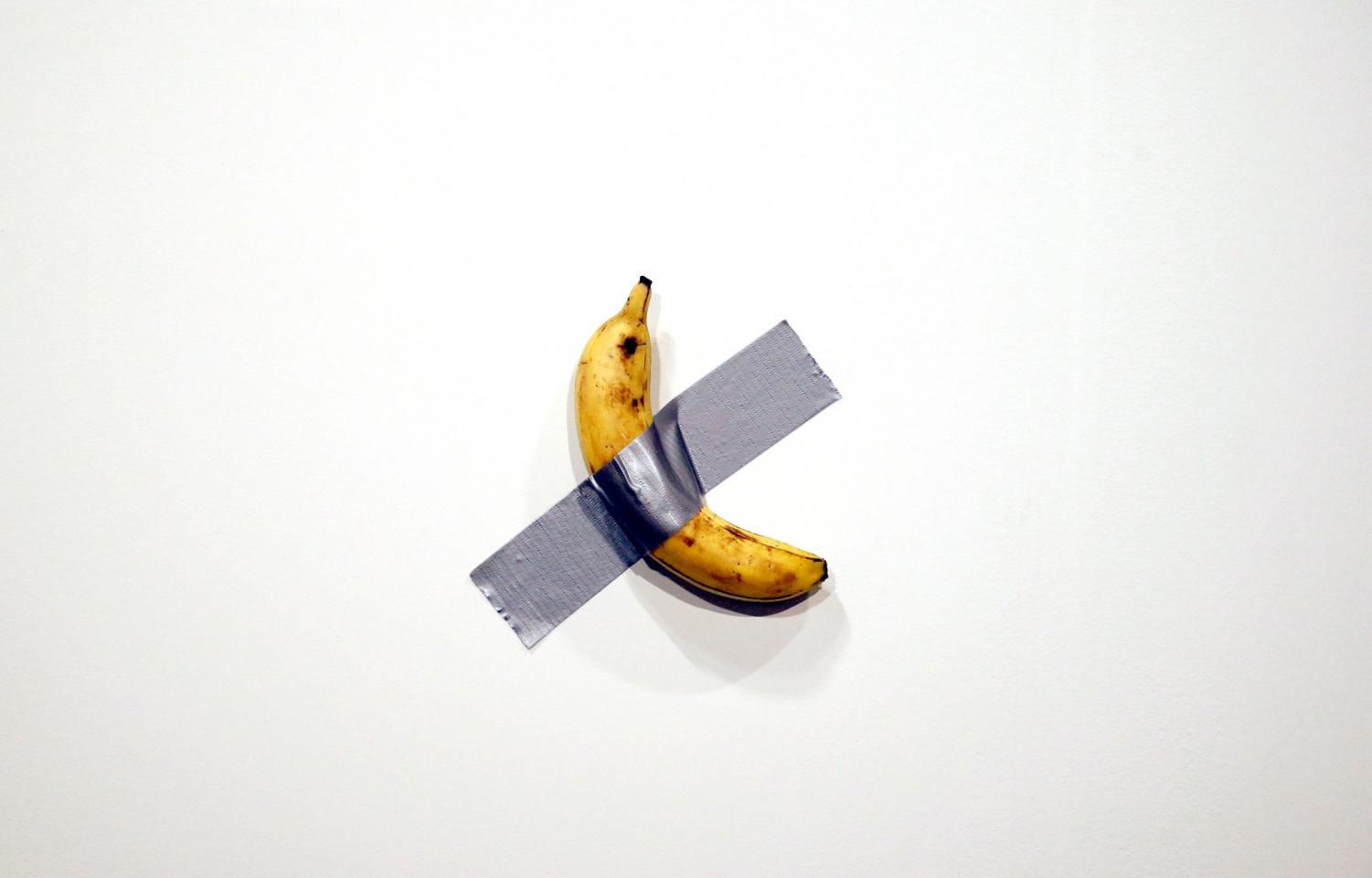 By my arbitrary definition above, this is art. This takes assumptions that you have about paintings (you know, that they use paint on the canvas) and discards them. This lets you change what you think art is. Art is not about the medium or the things in it. Art is the expression of these things in new and exiting ways.

<Cadey> Originally I was going to use some Banksky art here, but for understandable reasons it's quite difficult to get images of Banksky art. 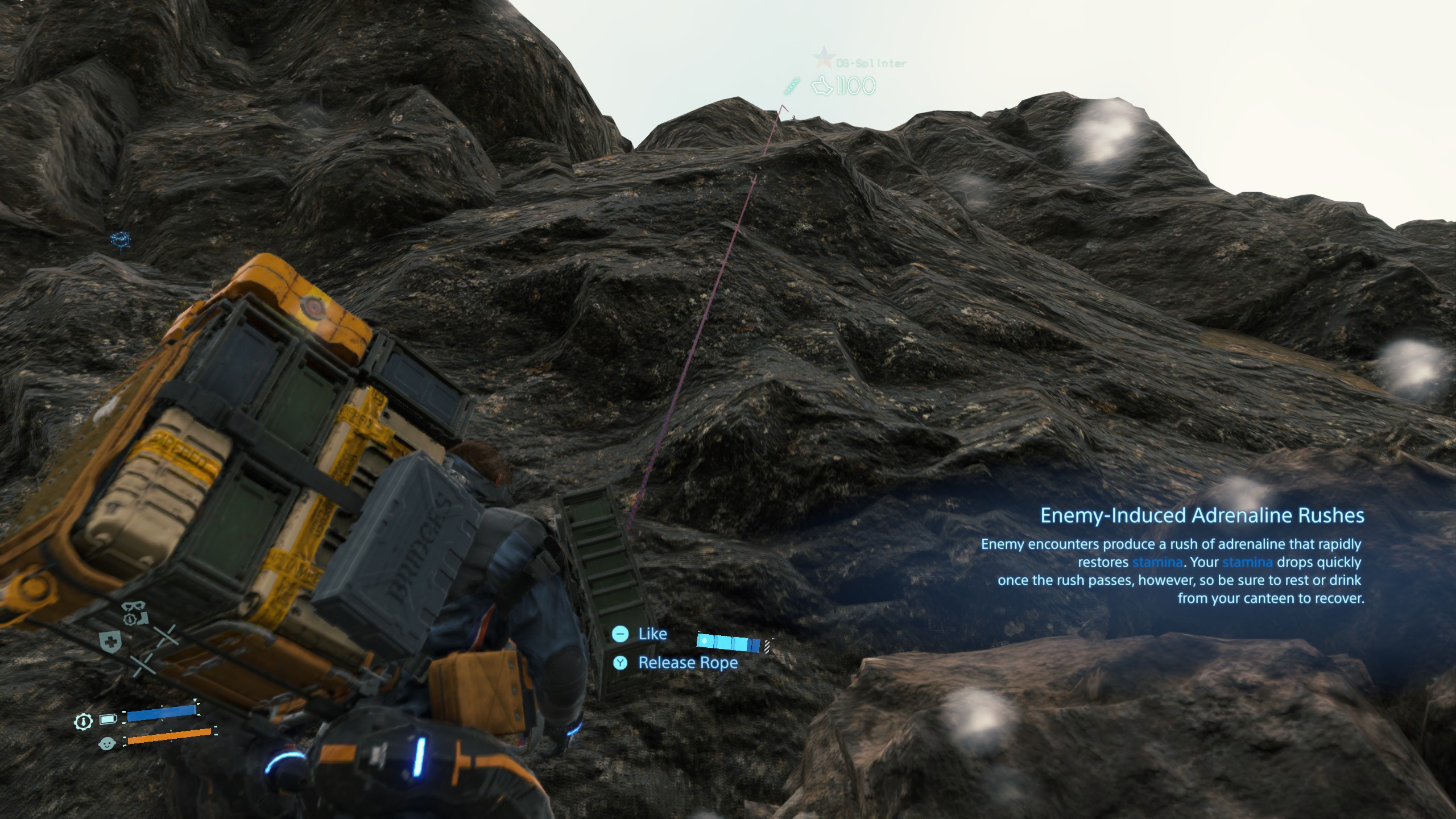 This game mixes very realistic scenery with a story about dead bodies turning into antimatter and you being a UPS delivery person that saves America. This is art to me. This transformed what a video game could be, even if the entire game boils down to Kojima themed fetch quests. Oh and trying not to die even though you can't die but when you die it's really bad.

I want to create this kind of art, and I think I have found a good medium to do this with. I write a lot on this little independent site called Twitter. This is one of the main things that I write on, and through the process of the last 8 years or so, I've written a shockingly large amount of things. I post a lot of weird things there as well as a lot of boring/normal things.

However a lot of my posts boil down to creating a "stream of consciousness", or using it as a way to help deal with intrusive thoughts. There's a certain art to this, as it is a candid exchange between the author and the reader. The reader doesn't get all the context (heck, I doubt that I have all the context lol), but from there they get to put the pieces together.

So, when thinking about trying to get into the uncanny valley with this kind of art medium, my mind goes back to the old days on IRC channels. Many IRC channels run bots to help them run the channel or purely for amusement. One of my favorite kinds of bots is a Markov chain bot. These kinds of bots learn patterns in text and then try to repeat them at random. With enough training data, it can be fairly convincing at first glance. However, you need a lot of training data to get there. More training data than I have ever tweeted.

In the past I have ran a service I call cadeybot. It took all of my Discord messages, fed them into a Markov chain, and then attempted to create new messages as a result. This worked pretty well, but we ran into an issue where it would basically regurgitate its training data. So when people thought it was being novel about roasting people, someone would search the chat and find out that I said those exact words 2 years ago.

This isn't really exciting from an artistic point of view. You could get the same result from randomly replying with old chat messages without any additional data in the mix.

I haven't run cadeybot in some time because of this. It gets really boring really fast.

However, I was looking at some DALL-E generated images and then inspiration struck:

<Mara> What if I fed all those tweets into GPT-2?

So I did that. I made @[email protected] as a fediverse bot that generates new content based on everything I've ever tweeted.

The first step of this is getting all of my tweet data out of Twitter. This was a lot easier than I thought. All I had to do was submit a GDPR data request, wait a few days for the cloud to think and then I got a 3 gigabyte zip file full of everything I've ever tweeted. Cool!

Looking through the dump, I found a 45 megabyte file called tweets.js. This looked like it could be important! So I grabbed it and looked at the first few lines:

So it looks like most of this is really just a giant block of data that's stuffed into JavaScript so that the embedded HTML can show off everything you've ever tweeted. Neat, but I only need the tweet contents. We can strip off the preamble with sed, and then grab the first entry out of tweets.js with a command like this:

It looks like most of what I want is in .tweet.full_text, so let's make a giant text file with everything in it:

This does a few things:

This should hopefully cut out all the irrelevant extra crap and let the machine learning focus on my text, which is what I actually care about.

As a prototype, I fed this all into Markov chains. This is boring, but I was able to graft together a few projects to get that prototype up quickly. After some testing, I ended up with things like this:

This was probably the best thing to come out of the Markov chain testing phase, the rest of it was regurgitating old tweets.

While I was doing this, I got GPT-2 training thanks to this iPython notebook. I uploaded my 1.5 megabyte tweets.txt file and let the big pile of linear algebra mix around for a bit.

Once it was done, I got a one gigabyte tarball that I extracted into a new folder imaginatively named gpt2. Now I had the model, all I needed to do was run it. So I wrote some Python:

And I used a Dockerfile to set up its environment:

Then I bind-mounted the premade model into the container and asked it to think up something for me. I got back a list of replies and then I knew it was good to go:

However, this involved using Docker. Docker is decent, but if I have the ability not to, I don't want to use Docker. A friend of mine named ckie saw that I was using Docker for this and decided to package the gpt_2_simple library into nixpkgs. They also made it easy for me to pull it into robocadey's environment and then I ripped out Docker, never to return.

Now the bot could fly. Here was the first thing it posted after it got online with GPT-2 in a proper way:

I can't make this up.

Here are some of my favorite posts it's made. Most of them could pass off as my tweets.

Some of them get somber and are unintentionally a reflection on the state of the world we find ourselves in.

and it fires back with:

This is art. It looks like a robot pretending to be a human and just barely passing at it. This helps you transform your expectations about what human and bot tweets really are.

If you want to influence robocadey into giving you an artistic experience, mention it on the fediverse by adding @[email protected] to your posts. It will think a bit and then reply with a brand new post for you.

You probably don't want to do this, but if you're convinced you do then here's some things that may help you.

I guess what I think about art is that it's not just the medium. It's not just the expression. It's the combination of it all. The expression, the medium, the circumstances, all of that leads into what art really is. I could say that art is the intangible expressions, emotions, and whatever that you experience when looking at things; but that sounds really really pretentious, so let's just say that art doesn't exist. Well it does, but only in the mind of the viewer.

There's not some objective scale that can say that something is or is not an art. Art is imagined and we are conditioned to believe that things are or are not art based on our upbringing.

I feel that as a shitposter my goal is to challenge people's "objective sense" of what "can" and "can't" be art by sitting right in the middle of the two and laughing. Projects like robocadey are how I make art. It's like what 200 lines of code at most. You could probably recreate most of it based on the contents of this post alone. I wonder if part of the art here comes from the fact that most of this is so iterative yet so novel. Through the iteration process I end up creating novelty.

You could also say that art is the antidote to the kind of suffering that comes from the fundamental dissatisfactions that people have with everyday life. By that defintion, I think that robocadey counts as art.

Either way, it's fun to do these things. I hope that this art can help inspire you to think differently about the world. Even though it's through a chatbot that says things like this:

What is this if not art?

This post was written live on Twitch. You can check out the stream recording on Twitch here and on YouTube here.

This article was posted on M04 30 2022. Facts and circumstances may have changed since publication. Please contact me before jumping to conclusions if something seems wrong or unclear.