I have been watching in horror as Elon Musk seems to be doing his best to destroy Twitter as fast as he can. This has been really hard to watch, but at the same time I can't help but watch the trainwreck unfold. The biggest thing that this all has been making me think about is the fact that Twitter has been one of my main ways that I use the Internet for so long. My phone tells me that I've had the Twitter app open for an absolutely depressing amount of time. I would be willing to argue that I have been addicted to Twitter. Twitter was consuming a large part of my life.

I've been aware of how bad it was getting. This has been made slightly worse by the fact that a large part of my job involves stalking Twitter, but in general it was starting to be a problem. At some level, I am relieved that Elon Musk is destroying Twitter. At another, I am horrified that one of the main ways that I communicate on the Internet is being destroyed.

This feels like it's freenode all over again. Same story, different threat actor. The main difference is that there is no one libera.chat to take over and save us this time. Twitter is too big for one community to absorb that many people. It can feel like there is going to be a massive diaspora of former communities into god knows where. It feels like you will become an anonymous voice in an infinite crowd, never to be heard from again.

However, I think there is a way that we all can get off of Twitter and still retain some of the communities we will lose. I think that we all need to take the Fediverse more seriously. The main gimmick of the Fediverse is that there's no longer one platform, one provider, one service. Instead there are a constellation of independent platforms that communicate with eachother. If you create an account on vt.social, you can follow me on pony.social. You can also follow people on other websites that participate in the Fediverse. There's even a whole YouTube clone called PeerTube that can federate out to other websites. Follow a PeerTube user from your Mastodon server and then you can reply to the video and those replies show up as comments on that video. No more siloes, no more having to create an account everywhere to do basic interaction. You just follow and reply to people on other platforms like they were on the same website as you are.

One of the biggest complaints I've heard about the Fediverse is that they get analysis paralysis from having to choose a server to start out with. This is most common with people that aren't used to the fact that this is how the old internet started out. There weren't big siloes. You had to choose where to hang out. However, just pick something at random. You can move your account later if you want to. It is not hard to do. Trust me.

I wish people would just fucking say this out loud:

INSTANCE CHOICE IS LARGELY IRRELEVANT. EVEN IF YOU DID FIND AN INSTANCE OF (INSERT YOUR HOBBY/INTEREST HERE) IT'S NOT LIKE YOU GET TOGETHER AND PARTY ON WEEKENDS.

Just avoid toxic instances where you find the kind of people like we beat in WW2. Just hang out and have fun.

SDF is a great instance with a wide variety of users.

Once you have chosen an instance your experience will basically be EXACTLY like twitter from an end-user perspective.

For a while I was running a crossposter between my Fediverse profile and Twitter. I have turned that off. The only things that I am going to use Twitter for in the future are the automated posts for this blog and whatever else I need to do for work. It has been really hard to build up the courage to torch an almost 6-thousand person following on Twitter, but I feel that this will be better for everyone involved.

<Cadey> Being able to have 2048 characters per post is also helping me recover from the koan-like shitposting style that Twitter forced me to adopt. 280 characters is just not enough space for nuance. 2048 characters allows me to use sentences and paragraphs. It is such a lovely feeling. Even the Mastodon default of 500 characters leaves so much more room for nuance.

@xe@vt.social is my Lojbanist vtubing alt. I'm working on being more comfortable with being wrong in front of people as a part of getting better at public speaking and healing from my past. If you choose to follow this account, please keep in mind that I am committed to the bit and I will be posting entirely in Lojban. 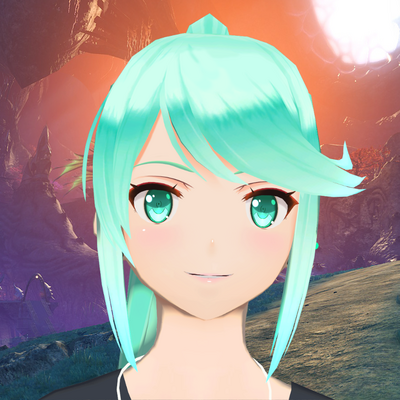 @cwebber@octodon.social is one of the co-authors of the ActivityPub specification. She has done incredible work in making the Fediverse shine and I suggest following to see what she has cooked up next.

@ghuntley@ghuntley.com is one of the most amusing people I know. Don't be fooled by the fact that his profile picture is a Bored Ape NFT. He's actually quite vocally anti-NFT and cryptocurrency in general. He has that Bored Ape because he randomly got a pirated ape shoved into his Ethereum wallet and now uses it out of pure irony.

@LunaFoxgirlVT@vt.social is the creator of Inochi2D, an open-source vtubing application for Windows, macOS, and Linux. Luna is a passionate game developer and someone that I personally sponsor on GitHub. I don't even use Inochi2D yet, but I support her mission of making vtubing free and easy to use for the masses. Give her a follow!

@Lyude@queer.party is someone I have been friends with for almost a decade. Lyude is the person I go to when I have issues with X and Wayland. Lyude is also a fearless rustacean and someone that I would love to work with some day. If only we worked on things that were remotely related to eachother.

@Gankra@toot.cat is one of the most powerful rustaceans I know. Gankra fearlessly helps make Rust easier to use and is adept at posting. Here's an example of a Gankra post: tired: documenting that a function has weird behaviour

wired: documenting that a function shouldn't be used because it won't do what you want

inspired: making most of the documentation for a function a detailed treatise on how to use *other* APIs to do the thing you really want

@cult@pony.social is the person that runs the Mastodon server that I post on. He's worth following because he has a true understanding of irony and humor that you can only really get from a sarcastic German.

This article was posted on M11 12 2022. Facts and circumstances may have changed since publication Please contact me before jumping to conclusions if something seems wrong or unclear.