When you write software, there are two kinds of problems that you run into:

Today I ran into one of these three types of problems.

<Cadey> Buckle up, it's story time!

It's a Thursday morning. Everything in this project has been going smoothly. Almost too smoothly. Then go test is run to make sure that things are working like we expect.

<Mara> Huh, the test is passing, but the debug output says it should be failing. What's up with that? What's going on here?

The code in question had things that looked like this:

<Cadey> I'm not totally sure what's going on, let's dig into Turnis and see what it's doing. Surely we're missing something.

Digging deeper into the Turnis code, the API route was declared using net/http.ServeMux like this:

<Cadey> Maybe the logWrap middleware is changing it to GET somehow?
<Mara> Nope, it's too trivial for that to happen:

Then a moment of inspiration hit and part of the net/http.ServeMux documentation came to mind. A ServeMux is basically a type that lets you associate HTTP paths with handler functions, kinda like this:

The part of the documentation that stood out was this:

Patterns name fixed, rooted paths, like "/favicon.ico", or rooted subtrees, like "/images/" (note the trailing slash). Longer patterns take precedence over shorter ones, so that if there are handlers registered for both "/images/" and "/images/thumbnails/", the latter handler will be called for paths beginning "/images/thumbnails/" and the former will receive requests for any other paths in the "/images/" subtree.

Based on those rules, here's a small table of inputs and the functions that would be called when a request comes in:

There's a caveat noted in the documentation:

This means that the code from earlier that looked like this:

wasn't actually going to the tru.adminKla function. It was getting redirected. This is because HTTP doesn't allow you to redirect a POST request. As a result, the POST request is getting downgraded to a GET request and the body is just lost forever.

<Cadey> Well okay, technically some frameworks allow you to do this and others will use a special HTTP status code to automate this, but Go's doesn't.

The fix for that part ended up looking like this:

Then go test was run again and the test started failing even though Turnis was reporting that everything was successful. Then the final typo was spotted: 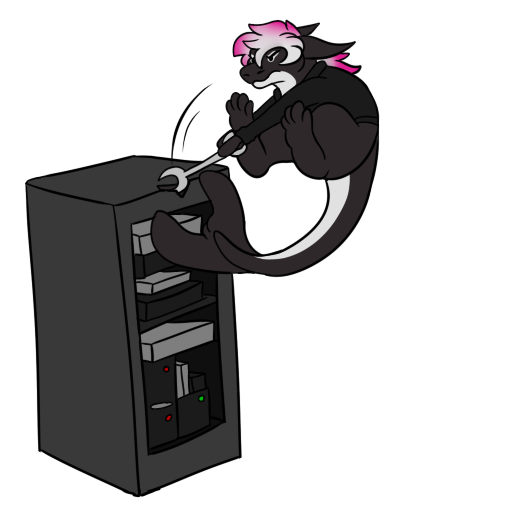 <Mara> It took us 6 hours combined to figure this out. Is that okay? It feels like that's wasting too much time on a simple problem like that.
<Cadey> That's just how some of these kinds of problems are. The dumbest problems always take the longest to figure out because they are the ones that tools can't really warn you about. I once spent 15 hours of straight effort trying to fix something to find out that ON is a yaml value for "true" and that what I was trying to do needed to be "ON" instead. This is our lot in life as software people. You are going to make these kinds of mistakes and it is going to make you feel like an absolute buffoon every time. That is just how it happens. Let's go play Fortnite and forget about all this for now.
#golang

This article was posted on M11 04 2021. Facts and circumstances may have changed since publication Please contact me before jumping to conclusions if something seems wrong or unclear.